To all who are part of Discerning the Times Prayer Team,

First I want to welcome the many of you who have signed up for Discerning the Times recently. I am so thankful for your joining us. I have tried to send out personal thank you notes to each of you as I receive the notice. Most of the time I do that on my tablet which does not have a good spell checker! But with all the work of these last weeks I have gotten behind. So any way thanks for joining! I have been urging everyone who signs up to ask at least one person, better two, to provide prayer covering for you as this is a time of heightened engagement in intercession and spiritual warfare. END_OF_DOCUMENT_TOKEN_TO_BE_REPLACED 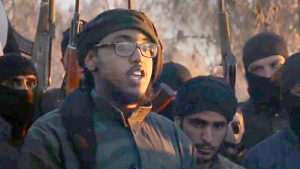 In a Discerning the Times several years ago, I said,

“Words spoken as a curse provide demons with a gateway into the world to build thought strongholds in people’s hearts, which provide a means for Satan to express his purposes through sinful human beings.

“Our role as Intercessors is to STEP INTO THE GAP  and, in the realm of the spirit, move with the authority given to us by Jesus Christ to break the power of the curses and the demonic beings that are working to build a stronghold through Satan’s use of [a person] and his cursing words. “

At that time I felt called to break the power of death curses spoken by Anwar al-Awlaki.  I believe that words now being spoken by two other radical Islamists, Anjem Choudary and Abu Usamah Somali, are being used by Satan to form curses against the Church as well as all who cherish freedom.

In addition these words are also clearly revealing the ultimate goals and intentions of the Devil as embodied in the various demonic strongholds of ISIS, Hamas, Hezbollah, Iran and others, whom the Devil is gathering for his evil purposes.   In exposing their purposes, they risk telling us what they are up to and so can be countered and defeated.  They take this risk for two reasons:

END_OF_DOCUMENT_TOKEN_TO_BE_REPLACED 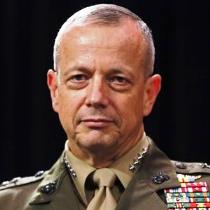 It has taken a while for me to pray through and to wait before reacting to President Obama’s ISIS Speech.  And even as I wrote this on the airplane on the way to an event, the Coalition was unleashing airstrikes against targets in Syria and Iraq. For those of you who were praying for that to happen, you will recall that a military man sent a note asking that we pray that President Obama would not reveal too much to the enemy. I was relieved that he had not, but now I am not so sure. He may have revealed more than I saw at first, not to the enemy, but to praying Christians. Read on!

We were also praying that the Lord would raise up the Joshua workers of the likes of Jon III Sobieski, the King of Poland, who had the leadership gifts and military genius as well as the means to defeat and turn back the Ottoman Turks from the gates of Vienna thus saving Western Christendom from being overcome by Islam. END_OF_DOCUMENT_TOKEN_TO_BE_REPLACED