You are here: Home / Discerning The Times / An Analysis of President Trump’s United Nations Speech and Guidance for Intercessors

There are multiple currents around the world that look like they could converge into a storm of evil at any moment. I am convinced that it is the role of the intercessors to not only discern and expose these potentials for evil, but to be cooperating with the Holy Spirit to prevent them. As friends and coworkers of Jesus Christ, we are not passive observers of history, but are called to be shapers of history.

Intercession has a strategic role in advancing the Kingdom of God over Satan’s empire of evil. In these various prayer battle zones, we are called into multidimensional engagements with both the powers and principalities—high level demons—as well as with human political movements, ideologies, and leaders.

These assumptions about the role of intercession guide what are two separate but interrelated urgent projects:

First is an analysis of the President’s speech to the United Nations which provides us with glimpses of what God may be doing through the Trump administration, and therefore some overall direction for how to pray.  We shall accomplish this in Part I of this Discerning the Times.

Second is specific guidance as to how the Holy Spirit is calling us to engage in intercession and spiritual warfare related to defeating Satan’s purposes in the situation with North Korea and a cluster of nations which include first South Korea, Japan, and the United States, but then also China and Russia. This will be Part II of Discerning the Times.

But let us get to the heart of the matter. We need to pray for this President! 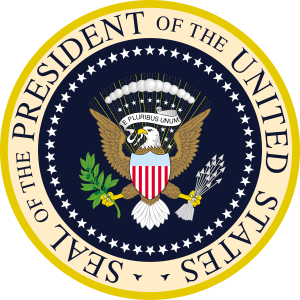 A Call to Provide Personal Intercessory Prayer for the President, Vice President and the Administration.

For me after hearing President Trump’s UN speech, I am more convinced than before that the Lord is working His intentions through the election of Donald Trump. For this reason, the powers of evil in collaboration with deceived human beings are working in concert to undermine, attack, and ultimately destroy President Trump and his administration, in order to prevent the fulfillment of God’s plans through them.

For this reason, it is absolutely critical that those of us called to intercede step into the gap for the President, Vice President, and the administration, as well as key leaders in Congress.  We must provide prayer cover so that this leadership team can be protected from demonic assaults. We must pray that they will be guided by wisdom and the Holy Spirit. Without this prayer cover, it is not likely that any of them will survive in leadership long, or that they will be able to provide the wise and courageous leadership needed to prevail against the powers of evil.

The reason it is important for you to say yes if the Holy Spirit is indeed calling you, is that such a commitment will place you in the context of being able to better cooperate with Jesus Christ in this battle. In my own experience, it was after I said, “yes” to pray for President Bush that I started to really get guidance as to how to pray for him. I am finding the same thing dynamic taking place as I committed myself to pray for President Trump.

To validate these assertions and the call to prayer we must look deeply at what the President said at the United Nations.

This was a remarkable speech!

I urge you to view and listen to the speech or read the full text rather than the excerpts selected by the news media. You can do that here. http://www.politico.com/story/2017/09/19/trump-un-speech-2017-full-text-transcript-242879

Or watch the speech below:

The Prime Minister of Israel, Benjamin Netanyahu said this:

“In over 30 years in my experience with the UN, I never heard a bolder or more courageous speech,” Netanyahu said in a statement after the speech. “President Trump spoke the truth about the great dangers facing our world, and issued a powerful call to confront them in order to ensure the future of humanity.”
https://www.timesofisrael.com/netanyahu-hails-trumps-courageous-un-speech-blasting-iran/

President Trump spoke the truth about the great dangers facing our world and issued a powerful call to confront them in order to ensure the future of humanity.

I believe Netanyahu, who sees with great clarity both the true source and gravity of the threats as well as pathways for meeting them, is correct in his assessment of President Trump’s speech.

Further, I believe that a decade from now we will look back and find that in this speech (and the others recently made by Trump in Saudi Arabia and Poland) that processes in the human and spiritual realms were set in motion which will have prevented the outbreak of the unimaginable evil that Satan had been carefully putting in place ever since his last attempt which launched World War II with all its horrors.

I am convinced that if we as intercessors do our part in the spiritual realm, and political and cultural leaders do theirs in the human realm in confronting these grave dangers, then the future of humanity will indeed be insured, at least until the mantle of leadership passes to another generation.

There are a number of great dangers named by Trump that I believe are the human political cultural, ideological and military expressions of a whole array of demonic strongholds that Satan is building. The goal of which is to carry out his plans of destroying those nations whose culture is based on Judeo-Christian values which provide the foundations of democratic, pluralistic, free societies. (ISIS calls us the “Nations of the Cross.”) Satan’s plan is to exterminate the Jewish people, destroy Israel, subjugate and destroy the Church of Jesus Christ, and block the great waves of the Holy Spirit fulfilling the Great Commission.

Globalism – which is working to deface all national and cultural borders and transfer the sovereignty from individual nations to some world culture and central governing authority.  Trump brilliantly did this by calling the UN back to its founding charter.

Radical Islam – and its global campaign to extend the tyranny of Islamic Sharia law to the nations of the world, and impose Islamic hegemony through jihad in all forms on the rest of the world.

North Korea and Iran obtaining nuclear weapons – because both states have publicly and repeatedly stated both officially and unofficially that they intend to destroy America and Israel and impose their tyranny upon other peoples and nations.

Russian and Chinese ambitions of extending their sovereignty over other free sovereign nations. Except for being thanked for putting in place the new extreme sanctions on North Korea, China and Russia were unnamed. However, they were clearly implied in the statement, “We must reject threats to sovereignty from the Ukraine to the South China Sea.”

Socialist/Communist/ Leftist Ideology – Naming this ideology as a root source of evil among the others above took more courage than all the rest put together! Frankly it left the entire UN Assembly in bewildered silence with scattered applause from the few who got it: “The problem in Venezuela is not that socialism has been poorly implemented, but that socialism has been faithfully implemented. (Applause) From the Soviet Union to Cuba to Venezuela, wherever true socialism or communism has been adopted, it has delivered anguish and devastation and failure. Those who preach the tenets of these discredited ideologies only contribute to the continued suffering of the people who live under these cruel systems.”

Let’s reflect on what I see as the strategy that may have governed the speech.

In short, what Trump accomplished in this amazing speech, was to establish a worldview framework counter to the present prevailing worldview framework, which provides the source of policies and actions that will reduce, constrain, limit and in some cases, eliminate these threats.

This worldview is based on our Judeo-Christian value system and the lessons learned from the terrible consequences of dealing with the major systems of evil that had to be dealt with in the 20th century—Japanese Imperialism, Nazism, Fascism, and Communism in Russia and China. And in the 21st Century, the terrorist attacks by Radical Islamists. As I have listened to President Trump’s speeches and observed his actions, I am seeing him implement the wisdom learned from Winston Churchill, Ronald Regan, Margaret Thatcher, and Pope John Paul II.

As many have in great alarm pointed out, this course of action is fraught with great dangers. This entire situation could erupt into a global war. Many observers have identified that we are entering a time of heightened conflict and turmoil with the potential for horrendous evil. For instance, some have named this era the “Fourth Turning.”  This concept of cycles in human history of times of turmoil has been identified by the book by The Fourth Turning: An American Prophecy – What the Cycles of History Tell Us About America’s Next Rendezvous with Destiny Dec 29, 1997,  by William Strauss and Neil Howe. I am not confirming the validity their theories about cycles of history just pointing out that they are naming this period that seems so laden with potential or conflict and evil.

Certainly the dangers are great and the alarm justified, however what only a few prescient leaders like Benjamin Netanyahu, Newt Gingrich, John Bolton, Victor Davis Hanson, General Mattas and President Trump have seen, is that the present course of history and the present worldview framework promoted and encouraged during the eight years of the Obama administration, is with even greater certainty leading us into a global catastrophe. We must go beyond the political and military dimensions into the spiritual realm where Satan is moving into a heightened mode of opposition to God’s Kingdom plans that are moving toward fulfillment.

I believe that we as intercessors are called to step into the gap and do the work of prayer needed so that the potentials for catastrophe will not be realized, that Satan’s plans for evil will be thwarted, and that the Kingdom of Jesus Christ will advance in the world.

For me this speech provides us with some clear direction as to how to pray which will connect us in the dynamics that are taking place both in the spiritual and human spheres.

In future Discerning the Times issues I will be elaborating on these dangers and suggesting the strategies and tactics for advancing the Kingdom of God.

The call of this Discerning the Times is:  If the Lord is calling you into the gap as a personal intercessor for the President, Vice President, and the Administration then it is important that you obey the leading of the Holy Spirit!

And if your call to pray includes joining our cohort to focus on this work of prayer. Then that is great!  Please, contact Martin Boardman at  martinb@prmi.org or sign up at http://eepurl.com/c5IfGr

Please pass on any discernment.