You are here: Home / Articles

(Written on Sept 11th while on the airplane flying back to the United States after two weeks in Indonesia.)

Today is the 9th anniversary of 9 / 11, a second “day of infamy” when in an act of war, the USA was struck by Islamic terrorists. The first “day” was Pearl Harbor, when we were attacked by the Japanese. Both days were declarations of war. At terrible cost the first war was won, and we must win this second war which is directed against Christians and Jews, and Western Culture as a whole.

I have been writing quite a bit about the demonic stronghold of Radical Islam in my Discerning the Times Briefings over the past six months. Today, on this anniversary, I need to say something here as well. END_OF_DOCUMENT_TOKEN_TO_BE_REPLACED

I. A prophetic vision: Calling intercessors to join in defeating and overcoming the demonic stronghold of Islamic terrorism.

God is calling us to do our part in the spiritual realm through intercessory prayer to prevent catastrophic weapons of mass destruction (WMD) attacks against any one or all of the following nations: the United States, the United Kingdom, India, Russia and Israel.

END_OF_DOCUMENT_TOKEN_TO_BE_REPLACED

We really need your help to do this work of intercession!

1. The first thing we really need right now is financial support. It has cost a lot of money to launch the Call To Intercede and Prayer Mobilization over the internet and also to do the other critical work that we are called to. At the same time the amount of our received gifts are way down. Whether it is the overall economy or the devil choking off our funds it is hard to know, but just know that giving to PRMI is a great opportunity to take part in advancing this vital Kingdom work. END_OF_DOCUMENT_TOKEN_TO_BE_REPLACED

Recently while in prayer for the USA, I was caught up in some visions of attacks coming against the Western World.

Out of this has come a call to mobilize, equip and deploy intercessors into a kairos moment of opportunity to be used by God to bring down demonic strongholds that are blocking the advancement of the Gospel of Jesus Christ
END_OF_DOCUMENT_TOKEN_TO_BE_REPLACED

Heeding the call to intercession is strategic to God’s work. Do you remember this young man?

Do you remember the call to pray against an impending attack around Christmas time from Islamic terrorists? Do you remember the guidance that was received that this would have something to do with airplanes and also that it was not a big attack, like 9/11 or something like that? Well, right after this we had the attempted, and thank God prevented, attack by a young man who has now become known as the “underpants bomber.”

I just found out something amazing: Ron Sharpe, a Presbyterian Church of Canada pastor living in Windsor, Ontario (across from Detroit) reported that upon reading this call to intercession he felt a strong leading from the Holy Spirit that Windsor was in some danger. He gathered a group of pastors from Windsor and intercessors in his congregation to discern the threat and to pray. They engaged in urgent intercession against an attack and for protection of their city. After the attack was averted, they found out that if the explosive had gone off as planned, the plane would have come down right over Windsor with the possibly of casualties on the ground. END_OF_DOCUMENT_TOKEN_TO_BE_REPLACED 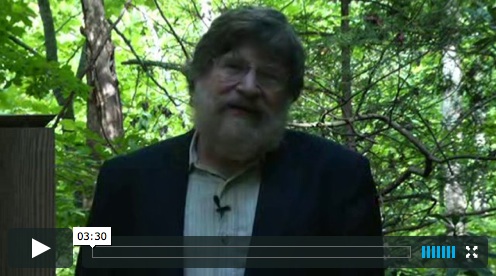 The purpose of this occasional feature in Moving with the Spirit Online is to communicate guidance that has been given from the Lord. After I have discerned that these may be genuine revelations from the Holy Spirit I will pass them on to you for your discernment, prayer and action. END_OF_DOCUMENT_TOKEN_TO_BE_REPLACED