The unfolding events in North Korea led to the recent summit between President Donald Trump and Kim Jong-un.

To help understand the significance of these events, we asked Ben Torrey (PRMI’s representative to Korea and co-leader of Dunamis Fellowship Korea) to reflect on these events and how they are viewed from a South Korean perspective.

Here is his response. 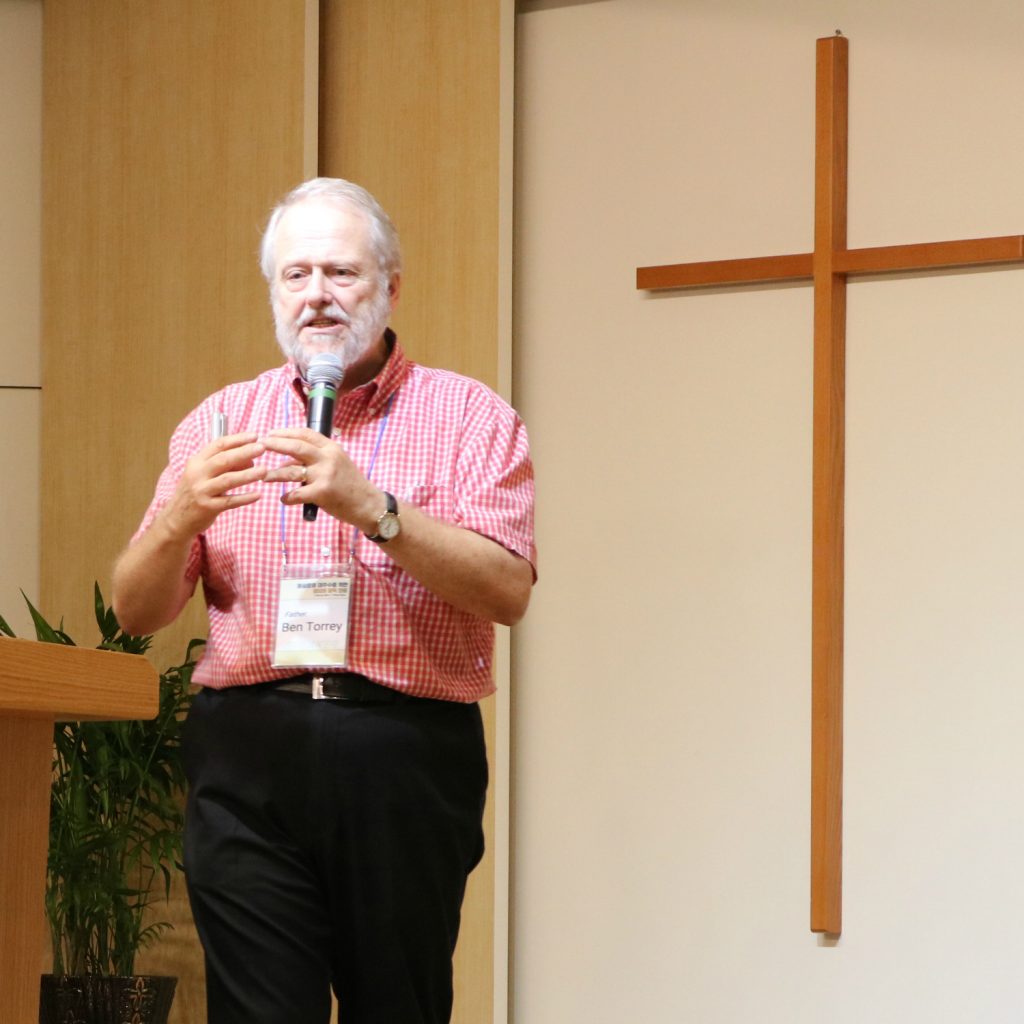 “This is an exciting time in Korea. As the year turned from 2017 to 2018, many of us were wondering what the new year would bring.

“Many people had a sense of anticipation–some were afraid of what might happen, some were excited, some even thought that war would come to Korea. With the Winter Olympics in the works, it looked like just about anything could happen.

“Not only did he send athletes, including hockey players for a joint North-South women’s ice hockey team, he sent his own sister–probably the most influential person in the North after her brother at the moment.

“This was followed by a summit between Moon Jae-in and Kim Jong-un on the South Korean side of the Armistice Line in Panmunjom, the truce village within the DMZ separating North and South Korea. Their meeting was accompanied with great fanfare and mutual promises of cooperation and the removal of nuclear weapons from the Korean Peninsula.

“The next big event was the June 12th Singapore Summit between American President Donald Trump and Kim Jong-un. However, there was a very significant unexpected event that came during the preparations for June 12th.

“As everyone knows, President Trump threatened to call off or postpone the Singapore summit. Very quickly after that, Kim Jong-un and Moon Jae-in met again, this time on the North Korean side of the Line.

“What was surprising and significant about this was the speed with which it was arranged, signaling a real working relationship between the two Korean leaders.

“Following the June 12th summit, both Trump and Kim expressed great satisfaction with the meeting and made many public pronouncements.

“So, what does it all mean?

“On one level, this could very well be the start of a process that might bring an official end to the Korean War with a peace treaty and denuclearization.

“It might also lead to some opening up in the North. From Kim Jong-un’s point of view, he got the one thing that his father and grandfather spent their lives working for, to be able to meet with the President of the United States as an equal. This provided him with enormous domestic validation and a major shot in the arm for the cult of the Kim family.

“China has an important role in all of this, as well as do Russia and Japan.

“Looking at all of the geo-political relationships in this situation, things get very complicated very quickly. For anyone who is seriously interested in examining these things, I suggest looking at the various analyses available on-line.

“Here in Korea, the President and the events that have occurred are loudly applauded by the political left, the liberal progressives at all levels of society.

“On the other hand, the conservative right, especially the conservative wing of the Church, are highly suspicious of all these events to the point of seeing the Devil at work to seduce the nation and bring it into the Socialist camp.

“They point out that President Moon’s invitation and welcoming of North Koreans to the Olympics and other events in the South have cost a great deal of taxpayer money without the North spending anything.

“Many also believe that his pre-election campaign was strongly supported by North Korean money.

“The liberal agenda that conservative Christians are struggling with in the South includes this political openness to North Korea, while ignoring human rights issues, the North’s long-standing persecution of Christians, the political internment camps, etc.

“They are also wrestling with the Moon administration’s commitment to legalizing abortion (still illegal although very widely practiced), homosexual marriage, eliminating tax exemption for clergy and religious organizations, and the final dismantling of any remaining traces of the Christian influence that was heavily involved in the establishment of the modern Republic of Korea and Korean democracy.

“My own commitment to preparing for the opening of North Korea, and what I believe that means, is relatively unaffected by all of this.”

“We still need to learn how to carry the Gospel to the people of the North in a way that they will hear and understand.

“We need to be prepared for North Korea’s eventual opening regardless of how that comes about.

“We also need to remember that the most important preparation is for the sorely-divided and scandal-ridden BNewsody of Christ in South Korea to come together in humility, repentance, forgiveness and cooperation–not to mention, love.

“We still take the long view believing that it is important to focus on raising up the ‘Unification Generation’ to grow up to be agents of reconciliation in a nation torn by rivalries of every type–not just the politics of North and South. This is the purpose of our River of Life School”

“A number of years ago, the Lord showed me that Korea is the home of a demonic stronghold of division. This has been so for millennia. The division between North and South is but one, relatively modern, expression of that, but it actually reflects a division that existed 2,000 years ago.

“The Lord also said to me that only the united South Korean Church can overthrow this demonic stronghold. While intercessors and prayer warriors have an important part to play in this, it is only the whole army of the united Church that can go up against this fortress with hope of success. So far, our divisions and separations have routinely undermined every effort to do so.”

“Pray for the healing of the Body of Christ in Korea and for true reconciliation between North and South, between all the various divisions in the South, for repentance and for forgiveness–that Church leaders and people forgive one another.

“Pray for God to use and control all of the geo-political maneuvering going on for His purposes, not man’s glory.

“Pray for His glorious plan for the Korean nation to be realized soon.”

God’s Plan for North Korea:  Pyongyang to Become the Jerusalem of the East

Thank you for your prayers.