I received a note from Janet from Canada about ominous similarities:

“This morning I was struck by the similarities in the situation with the Ukraine and Russia and Hitler’s Germany(1936)…even hosting the Olympics just prior to invading other countries…I am feeling a strong sense to be praying …..I am not even sure what to pray or how but just a strong sense of a call for prayer… “

In answer to this call to prayer and not quite knowing how to pray,  Bernie McGale received some guidance that I witness to.

“I have been getting some discernment about Putin. I heard the words of Rees Howells in 1938, “Lord, bend Hitler.” in reference to Putin.

This seems to me to be  guidance from the Holy Spirit, especially when we take into account the point at which this guidance came to Rees Howells.  The situations seem very similar, as noted by Janet.

“Lord, bend Hitler” came right when Hitler was being urged  both by the “Voice”, which many believe was demonic, and his human military advisors to launch an attack on an unprepared England.

Right now both the EU/NATO and the USA with President Obama seem very similar to Great Britain and France in the 30’s. Many are exhausted from being in war, leadership is quite  liberal, there is unilateral disarmament and a lack of will to keep “red lines” as was demonstrated in 1936 when Hitler broke the treaty of Locarno Treaty and invaded the Rhineland.

The call to “bend Hitler” was to silence the voice both of the demonic but also his advisors who were urging that he attack England while the country was completely unprepared both in its leadership as well as in its armaments. 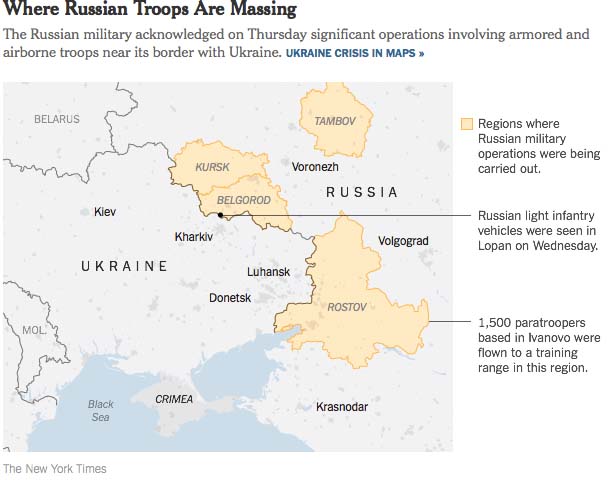 As of March 28th, Putin has already sent troops into the Crimea and has effectively annexed that part of the Ukraine into Russia. There are some 80,000 more Russian troops amassing along the Ukrainian border.

In light of all this, I believe we are called to pray, “Lord, bend Putin”.

I do not know what all that may mean, but it seems that the guidance is right, and would have to do with Putin’s imperialistic ambitions of expanding the Russian Empire.

So pray as led by the Holy Spirit that Satan’s purposes will be blocked and the Kingdom of God advanced.

I tested this guidance myself to see if it persisted and found that all night long and now on up until this afternoon of the 28th, I find the Holy Spirit praying through me to “bend Putin!”

So now I am passing this on to you for your discernment and to see how the Holy Spirit confirms or gives new guidance.

To grasp more of the possible meaning and deeper implications of this guidance please read the excerpt below about the way the Holy Spirit led Rees Howells and the students at the Bible College of Wales in the prayer battle against Hitler in 1938. 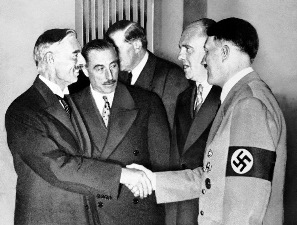 From Rees Howells: Intercessor | Chapter 30 – The Every Creature Commission

The greatest test came in the summer of 1938, when the dispute arose with Hitler over Czechoslovakia, resulting in what became known as the Munich crisis. We now know that the Voice Hitler followed, which coincided with the advice of some of his trusted advisors, was urging him to attack while Britain was still totally unprepared. War seemed inescapable, and the leaders of the nation called for a day of prayer. God made the challenge very real to the College, and for days the conflict was bitter. It was essentially a clash of spiritual forces — a test of strength between the devil in Hitler and the Holy Ghost in His army of intercessors.

At the height of the battle the one prayer that the Holy Ghost gave to the College through His servant was, “Lord, bend Hitler.” A point came when that cry of travail changed into a shout of victory. The devil had to give way. It was just before the commencement of the new session in the College, and the victory was so certain that Mr. Howells turned the opening day into a day of praise. An announcement appeared in the South Wales Evening Post on Saturday, September 17, stating that “The Meetings (of the following Thursday) will take the form of Praise and Thanksgiving because God has again averted a European War.” Hundreds gathered in the Conference Hall in that dark hour to join in praising God. In the days that followed the test ran higher and higher, but faith was steadfast, and on Thursday, September 29, the College and School were given a general holiday, to celebrate the coming victory. The next day, September 30, the Munich Pact was signed. War had been averted.

What did happen to Hitler? The one person who was in a position to know was Sir Neville Henderson, the British Ambassador to Germany at that fateful time. In his book Failure of a Mission, in describing the remarkable reaction in Hitler after signing the Munich Pact, he makes the following significant statements: “Hitler felt irritated with himself. A section of his followers were always egging him on to fight England while the latter was still militarily unprepared. They reproached him for having accepted the Munich settlement, and thus having missed the most favorable opportunity. An uneasy feeling lest they might have been right contributed to Hitler’s ill-humor… His Voice had told him that… there could be no more propitious moment for it [war] than that October; and for once he had been obliged to disregard that Voice and to listen to counsels of prudence… for the first time he had failed to obey his Voice… He had acted on several occasions in direct defiance of the advice of his stoutest followers and of his army, yet the event had always proved him to be right. Until Munich. There, for the first time, he had been compelled to listen to contrary opinion, and his own faith in his Voice and his people’s confidence in his judgment were for the first time shaken… ‘You are the only man,’ he said somewhat bitterly to Mr. Chamberlain, ‘to whom I have ever made a concession.’” [Neville Henderson, Failure of a Mission, pp. 175 — 6, 179, 157; Hodder and Stoughton, Ltd. Quoted by permission of the author’s executors.] The Lord had “bent Hitler”.

It was certainty of this victory, and the knowledge that the Holy Ghost was stronger than the devil in Hitler, that enabled the College to take the assurance a year later, when war did come, that that was not the triumph of Satan, but it was “God’s war on the Beast”.